Previously I looked at the media presentation of Labour’s role in the financial crisis, now lets have a look at the evidence for Labour Profligacy. 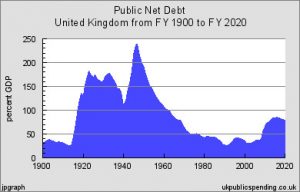 The debt during the Labour administration 1997-2008 (pre-crisis) was less that that under conservative governments after 1980 except for a few years around 1990. By 2008 the debt had been reduced from about 40% to 35% GDP. This reflected the surpluses around 2000 being greater that the deficits in the mid 2000’s and overall a much better profile than for the previous Conservative governments. 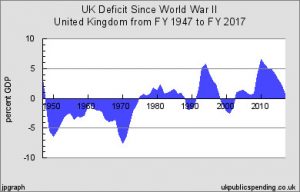 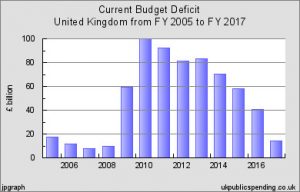 There was a surplus around 2000, then a deficit but approaching the credit crunch the deficit had reduced. Overall clearly not profligate! It is disappointing that Labour did not present a more robust defence of its management of the economy and that the media were and are so ready to present false information.

Next I will look at some other aspects of the financial crisis.